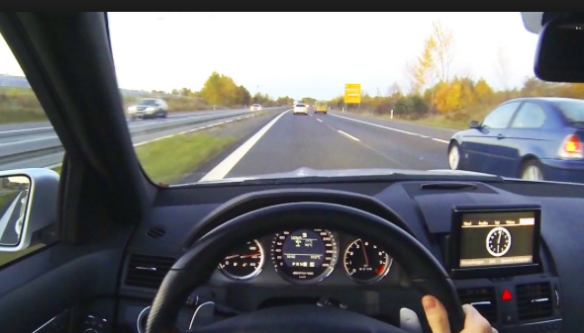 Or are we zombies?

Frequently, perhaps  most of the time, I feel I drive on “autopilot”. That is, I drive without awareness of driving. This is especially true when driving along highly familiar routes, such as my 1-hour commute from NJ to Brooklyn. While driving, my clear conscious experience is typically on something else: perhaps what’s on the radio, perhaps a problem at work, or a personal relationship. Clearly, however, my sensory motor system is working. I’m steering, turning, responding to other cars, etc. Others might suggest that I’m “multitasking”, switching between 2 conscious modes, but I don’t feel that’s the case.  END_OF_DOCUMENT_TOKEN_TO_BE_REPLACED

The WordPress.com stats helper monkeys prepared a 2013 annual report for this blog.

The concert hall at the Sydney Opera House holds 2,700 people. This blog was viewed about 17,000 times in 2013. If it were a concert at Sydney Opera House, it would take about 6 sold-out performances for that many people to see it.

Bob Muller, close friend and colleague, died last Monday (Sept 16, 2013). His life was remarkable in breadth, richness and the number of people he loved and influenced. Bob occupied space, lots of space,  now a vacuum. Not a vacuum, really; we have memories, achievements and the influence Bob had on so many.  Alex, Bob’s daughter, read an email he sent while she was struggling as a novice marine biologist, trying to tag and collect tagged fish. Bob’s email was what we had come to expect: funny (very funny), warm, insightful and wise (although minus the scatological humor regularly heard from Bob).* END_OF_DOCUMENT_TOKEN_TO_BE_REPLACED

I’ve made a post at  blogs.brainfacts.org describing the stepping response in newborns and discussing  central pattern generators. I’ve been blogging at Brainfacts for a few weeks, and plan on writing educational posts there; I’ll be posting more broad-ranging material here. We’ll see how it works out. So far, I’ve been getting many more comments here. Comments are great.

Link: “A newborn infant can take steps. Why can’t she walk?“

David Brooks’ op ed in today’s NY Times, argues that Neuroscience will never explain everything. According to Brooks

The brain is not the mind. It is probably impossible to look at a map of brain activity and predict or even understand the emotions, reactions, hopes and desires of the mind.

While his conclusion may, or may not, be correct, his argument is flawed from top to bottom. END_OF_DOCUMENT_TOKEN_TO_BE_REPLACED

Yesterday evening Deron Williams drained 8-straight 3-point shots at the start of the Brooklyn Nets’ win against the Washinton Wizzards (Nets, my team!). He was ‘hot’. He was on a streak. He was in rhythm. As Deron said, at the end of the streak, “yeah, I was on a heat check”.

Was it a real streak? Was he hot? In synch? If there are streaks, what does that say about human athletic performance and neuroscience?

Stephen Gould addressed the question* of whether there are streaks in athletic performance 25 years ago in a lovely article in the NY Review of books (1988). Interestingly, Gould focused on two types of streaks: streak shooting in basketball, and Joe Dimaggio’s 56-game hitting streak. He summarized then current work by Arvin Tversky and Ed Purcell, using fairly simple probability techniques. Conclusion: from NBA shot statistics were there no evidence of “hot streaks” or “hot hands” in basketball; but the DiMaggio’s streak was truly unusual. I don’t have ready access to the background work (correction: Golovich et al, 1985**), nor more recent analysis, but I did a back-of-the envelope calculation this morning.

Lots of people are writing about the Brain Activity Map, the proposed $3 billion Neuroscience project. This is my first post — color me skeptical. Here I’ll discuss one reservation.

As far as I an tell, the project is not hypothesis driven.

This evening’s NY Times has its third article on BAM. This is the first to express reservations. The article also describes the roots of the project in a meeting held in London in Sept, 2011:

For two days the scientists mostly “talked at each other,” he (Ralph Greenspan) recalled. Then George M. Church, a Harvard molecular geneticist who helped start the original Human Genome Project in 1984, said, “All right I’ve heard all of you say what you can do, but I haven’t heard anyone say what you really want to do.”

“I want to be able to record from every neuron in the brain at the same time,” Dr. Yuste replied.

Yes, Dr. Yuste, I want to do that, too. But why? What are the questions? I don’t hear a hypothesis. Without one, its impossible to do cost/benefit analysis. Cross your fingers, click your heels, will magic happen? A billion here, a billion there, eventually you’re talking real money.

The inability to create a central hypothesis is due to the primitive state of current neuroscience. We really don’t know how the brain works, how you go from the disparate firing of millions of neurons, to the cohesive nature of thought and action. My guess is that such a unifying hypothesis is possible, but that generating the hypotheses will not require recording all cells at once. Better lots of smart minds on smaller projects to build a hypothetical framework. Perhaps then a big, unifying project can and should be attempted.

I may be wrong. There may be a crucial set of important hypotheses to be tested. I’d like to hear them.

Today’s New York Times has an op-ed “The Moral Animal” written by Jonathan Sacks, an English rabbi and a member of the House of Lords. The take home message is that human morality is due to religion. There’s a lot wrong with the essay, especially the science it’s based on.
Let’s start with the science. Here is an extended quote: END_OF_DOCUMENT_TOKEN_TO_BE_REPLACED