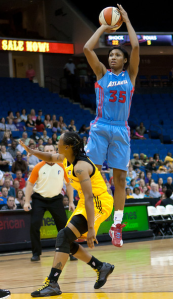 This post is largely outside of my area of expertise or knowledge. But I’ve always been interested in sports and what makes for effective athletic performance. Below I’m going to list some of the miscellaneous things I’ve thought about, including some of my guesses. I welcome commenters to clue me in and add their own thoughts.

That’s it for now. I welcome comments, corrections, reactions, and suggestions about other athletic mysteries.

—-
* students of the history of basketball will know that it took decades for the jump shot to be accepted by coaches. Through the 1940s coaches said that an accurate shot must be executed with two hands and both feet on the ground. I also am puzzled about how I learned the jump shot. I struggled to get it through high school. It felt as if I wasn’t strong enough.  At about age 18 there was a click. Thereafter, it seemed easy. Strength was not the issue.