Years ago, when my daughter was 6, her friend Daisy1 proudly announced,

There are several amazing things in this statement.

First, it is rather amazing that American children below the ages of 6 or 7 can believe in Santa Claus. The Santa myth is crazy. Flying reindeer, chimneys, red noses, elves. Six-year-olds have large brains capable of coordinating extraordinary perceptual, motor and cognitive tasks, including tying shoes, language, and recognizing thousands of people and objects. Why can’t they see that the Santa myth is crazy and reject it?

Before finishing Daisy’s quandary, another anecdote. My sister is two years older. When she was 6 and discovered that Santa was fiction, she was upset. Her understandable reaction was to make her little brother equally upset by torturing him with the truth. While I normally placed great stock in my sister’s opinions, what she was telling me seemed impossible. I calmly argued back, “What about the cookies! Who eats the cookies?” and continued my belief a few more years. 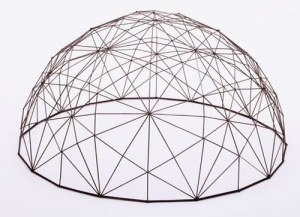 One element must be added to the mix: something I’ll call a rational operator. The rational operator is the computational process that inspects a belief system for flaws, mutually inconsistent facts, or mistakes of logic.

While any two of these can be true, the set cannot be true. This inconsistency may be flagged by the rational operator.

A child’s failure to accept the obvious falsehood in myths or stories can be due to one of two factors: flaws in the child’s rational operator or attractive features of the belief that make it difficult to abandon. The child may recognize the weakness of the belief, but resist the change. This is apparently what was happening to Daisy when she decided to maintain her belief in Santa for another year. As the brain’s rational operator matures, the error signal would presumably amplify, and the belief structure would be rejected. The rational operator would either reject all beliefs in the structure, or, perhaps, reconstruct one of the belief-facts (Santa has a rocket-powered sled; or a fleet of drones), eliminating the inconsistency.

While I believe that a ‘rational operator’ must be implemented in the brain, I don’t have a clear notion of how it could be implemented. This seems like the type of computation that neuron-like elements can do, but that’s a guess. My own guess is that deciphering the “rational operator” is tractable; that it is similar to a computer program that tests the structural integrity of a model of a geodesic dome or bridge. Such programs — which exist, but I know little of them — investigate the structural integrity of the model and identify weak elements. Oberving child development, it’s clear that the rational operator must develop. The constraints that define the rational operator, such as object constancy, causality, energy conservation, and movement rules, arise slowly. Is the rational operator itself a belief system? It certainly has features of a belief system. 2

Other thoughts on belief systems and rational operators:

I’ll conclude by saying that it’s highly likely that previous work in philosophy, neuroscience, psychology and computer science deals with these issues. I plead ignorance. Although I have broad general knowledge in Neuroscience, and more superficial knowledge in the other fields, I know of little that is directly relevant. If readers know of relevant work, please comment (or write to me).

In the holiday spirit, other comments are encouraged.
____
1 “Daisy” is a pseudonym.
2 This notion relates to cognitive dissonance
.

5 thoughts on “Wishful and Rational Beliefs”